Last weekend I had a fantastic time at the regional Botball competition. The organizers were kind enough to give me a backstage pass and here is what came of it.

Level Up the Difficulty

There is a soft spot in my heart for autonomous robotics. When I was getting my bachelors degree, I helped with some robotics research. It amazed me just how stupid and unreliable robots truly are. 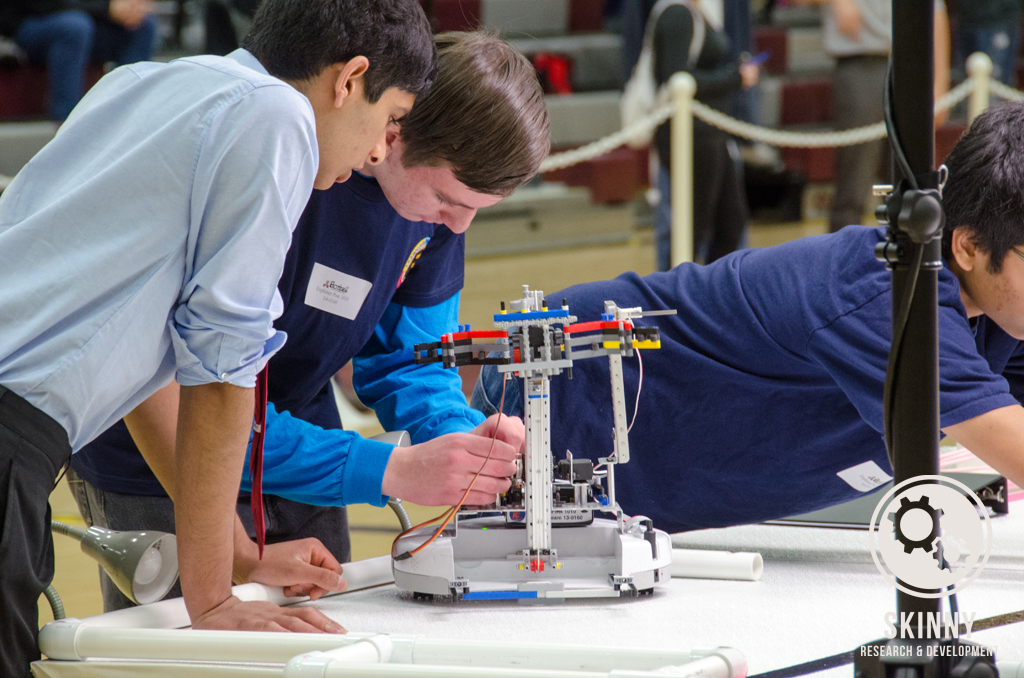 For example, when you commanded the robot to go forward for 3 seconds, the robot would usually go forward and list to the right. Your code could be perfect but the world of friction, motion, and force didn’t give a crap about your code. One wheel may be infinitesimally smaller the other, the axle may not be quite straight, or the carpet floor just causes the wheel to slip half a millimeter per rotation. No matter how perfect your code was, the world would never be. That is what makes competitions like this so difficult and perfect for high school.

Everybody Gets a Zero 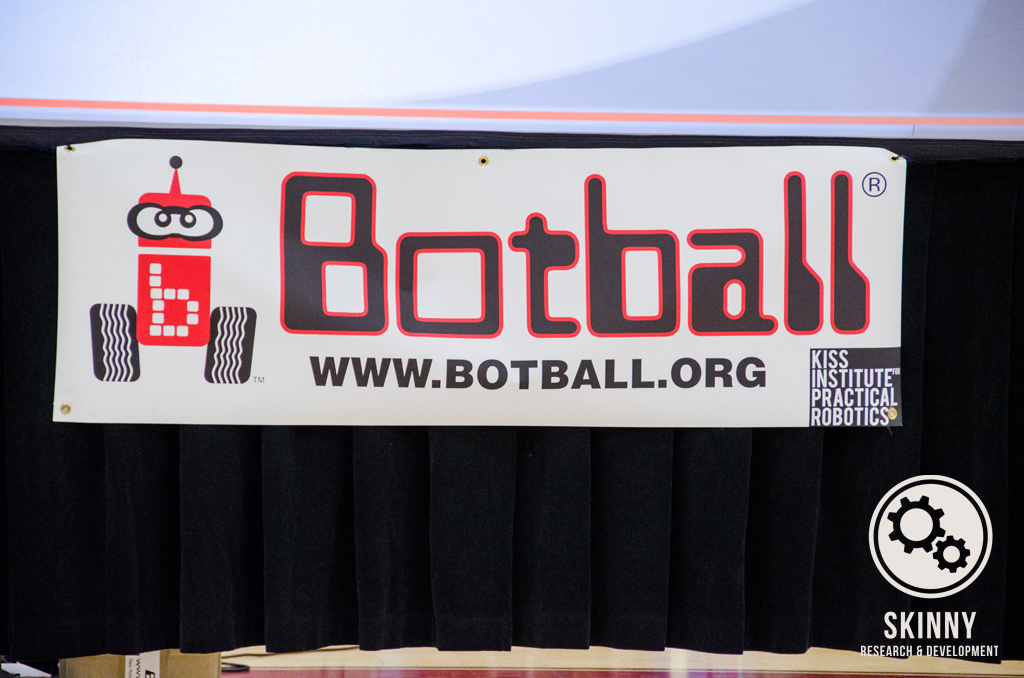 After the first seeding round, the scoreboard was filled with goose eggs. “Everyone has problems the first round,” I heard a judge tell a dejected competitor. He was right. Nearly everyone had topped out with a grand total of zip. Robots dropped objects, fell over, and careened off the table. Many never made it out of the starting block. I had stumbled into Murphy’s playground. “The starting light turned our robot off,” complained a participant. “Is that it?” asked another judge as two robots sat motionless after 10 seconds of movement. Meanwhile in the pits, teams were getting frantic.

Step Up, Fail, and Try Again 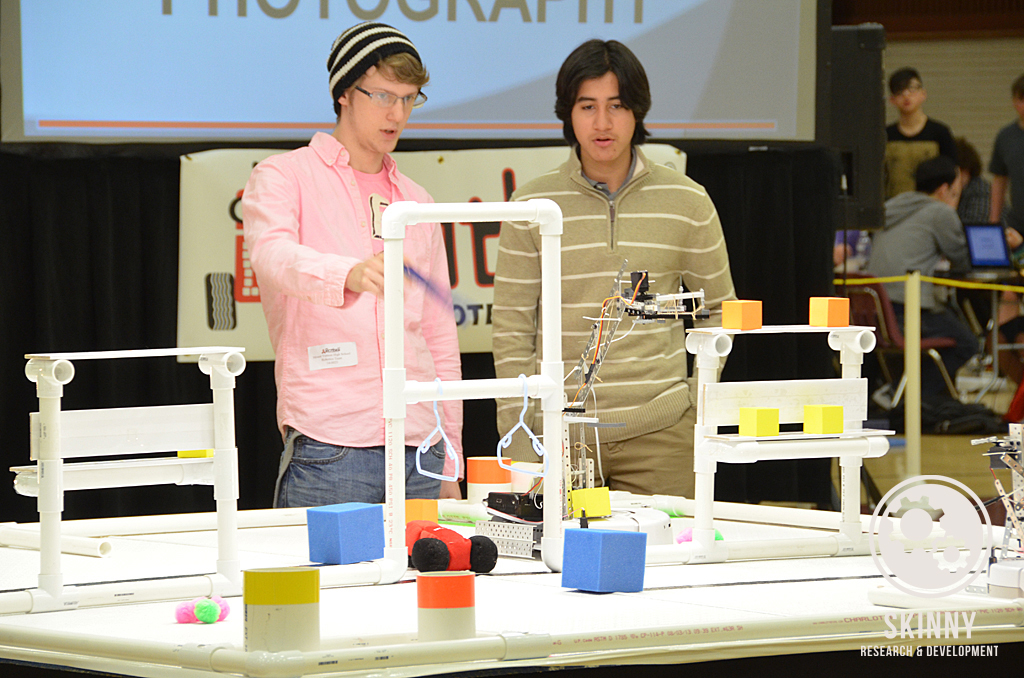 After the seeding round, some teams started to catch their stride. For some teams the realization that their plans were way too grand caused a drastic change in course. Many began to see the value in “good enough for now” engineering. Points began to spring up but there was definitely a chasm between the dedicated and the purely recreational participants.

The fantastic thing about Botball besides it’s difficulty is the tournament structure after midday. To get knocked out of the tournament, you must lose twice. If you lose twice, then there are these alliance match-ups in which a team can compete. What that means is that kids are engaged all day long. The organizers have found a way to keep everyone occupied. There is always motivation to make your bot better. You are always on deck. This is very different from the last competition I attended where half the teams went home after lunch. Kudos to you Botball staff. 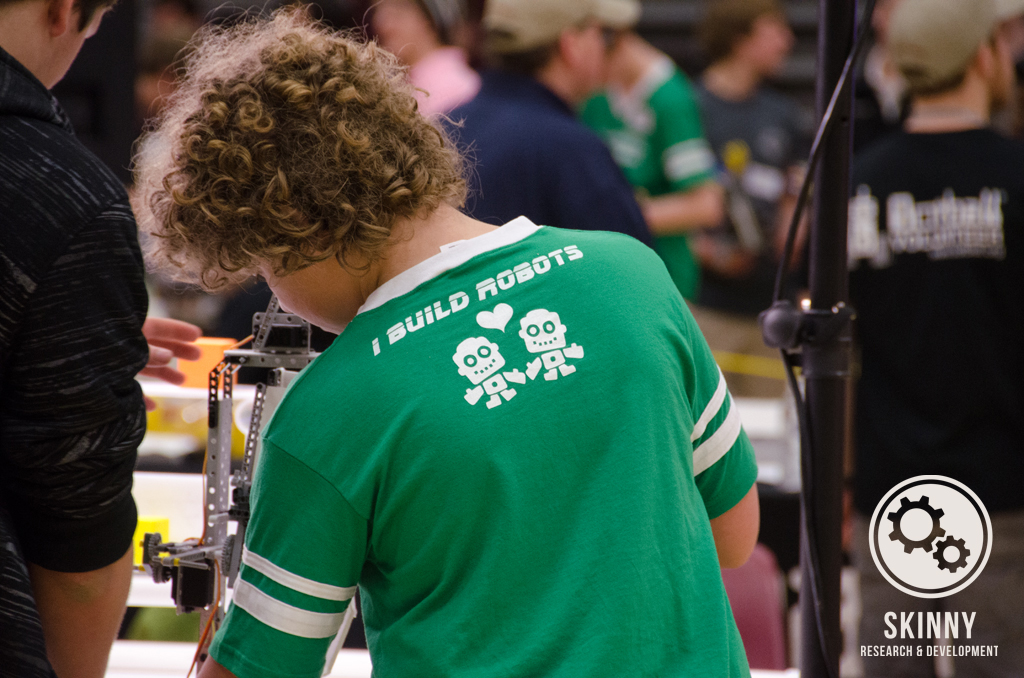 I was really impressed by the whole event. Everything started on time. Parents and mentors are not allowed in the pit area or on the competition floor. The staff was super accommodating and helpful. Even after I slipped up and called the competition the “Vex” competition, the directing staff didn’t slap me cross eyed. They run a tight ship and a very professional tournament. If you are looking for a way to get your nerdy team involved in something educational and fun, check out there website.