After 15 years I’d returned to the arena. Many of us remember getting up early on a Saturday to make our way to the high school gym for a sporting event. For me, it was basketball. I stepped into the gym. It felt the same. The chatter of anxious parents, the anticipation of competition, and the playing of the national anthem hadn’t changed. However, the court was covered, there were 45 teams, and the active participants were made of metal, plastic, and servos. Welcome to the Southern Maryland Vex Robot League Championships. 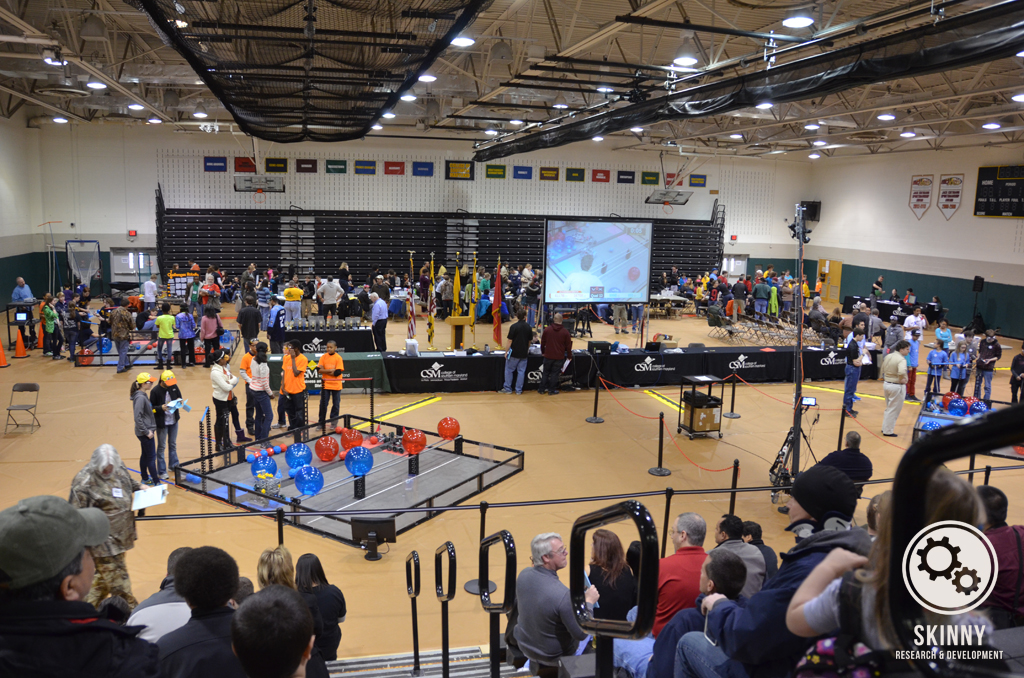 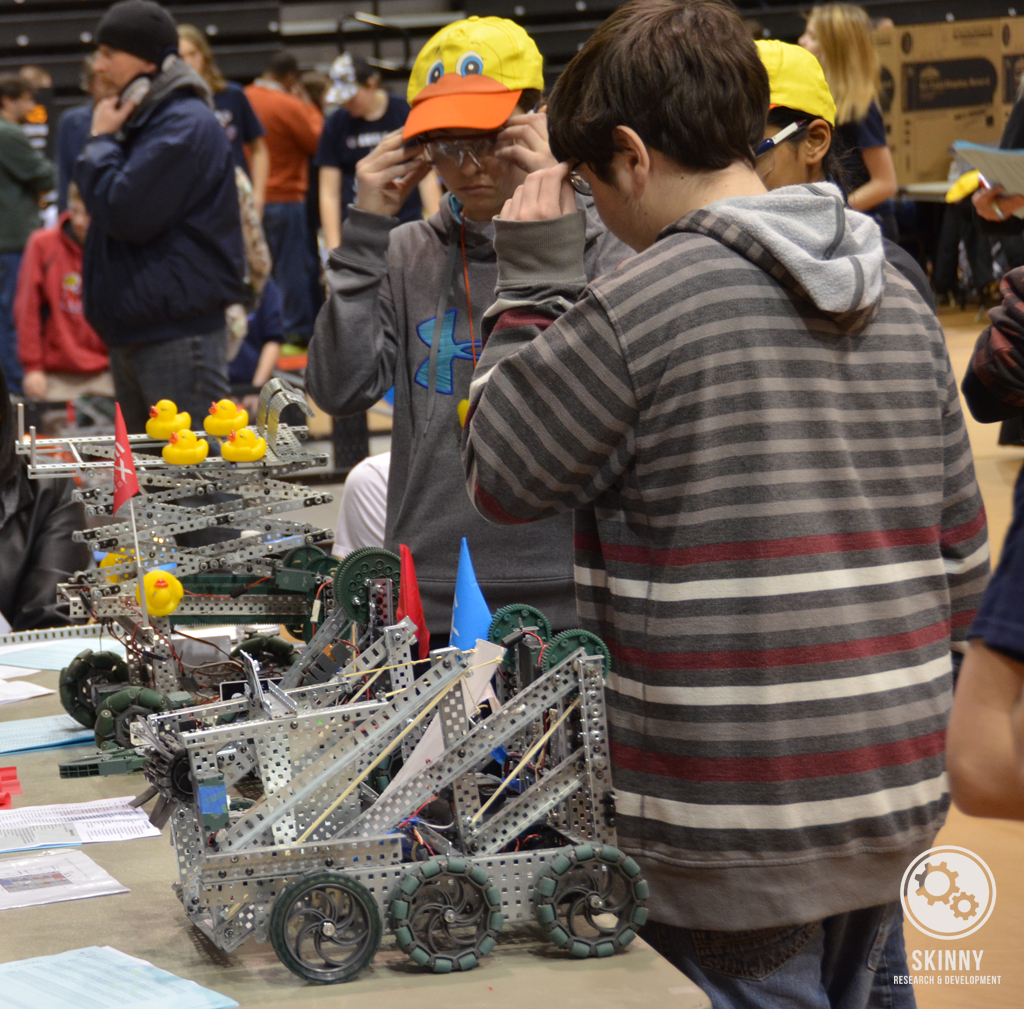 There are 4 teams per round. Two teams are randomly chosen to work together against two other teams that were paired in a similar manner. The court of play is divided into thirds. Scoring is accomplished by moving your colored balls into the 2/3rds of the court that is considered a scoring area. During play it also helps to move your opponents’ balls out of the same scoring area. Extra points are given by placing balls in special containers on the court or by performing certain maneuvers with your robot. The first 15 seconds of play is all on the robot. This is autonomous mode. The teams press go and the robots try to score on their own. The next 1 minutes and 45 seconds is hands-on-the-remote-control battle time. Below is a typical bout.

The best robot didn’t win. I saw 3 robots out of 45 that I would consider a masterful piece of engineering. They moved with easy. The mechanics were perfect. They were precise with every turn. Many of the robots would jerk when lifting a ball or the wheels would slip when quick forward motion was required, but not these. One of these bots was built by a team of 6th graders. Yeah, I was jealous but none of these teams won the season or the championship tournament. 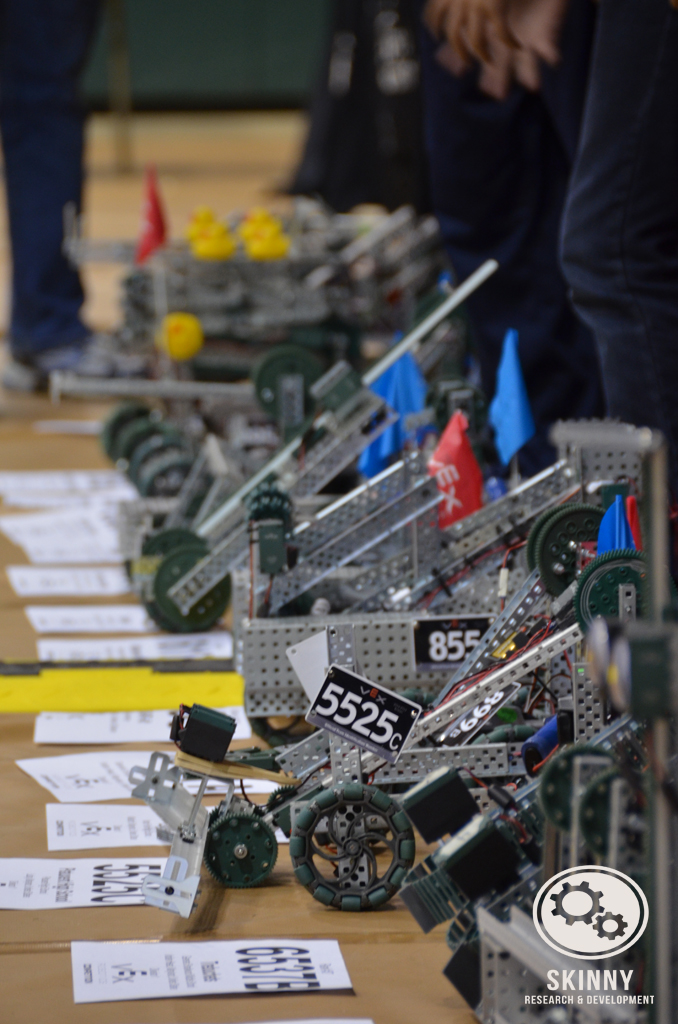 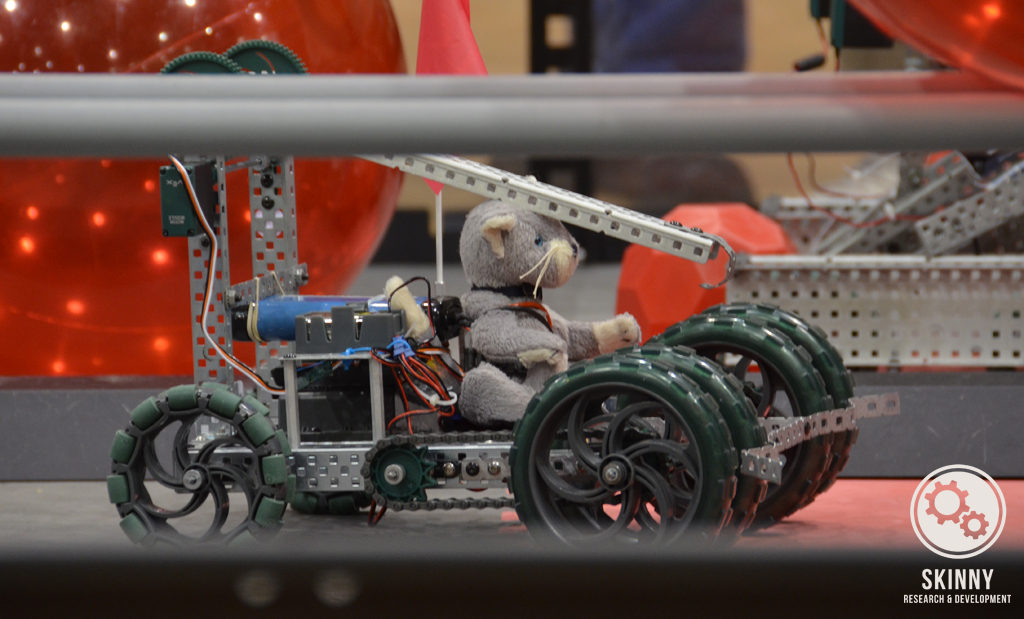 As you can imagine, many of these teams were not exactly running with a major budget. Vex, the major corporate driver behind the competition, does a decent job at trying to level the playing field, but it’s easy to tell the teams with money and those without. Some were probably sponsored by Bob’s Repo Services, but they make up for that handicap with a lot of time and elbow grease.

However a few teams came in strong. By strong I mean matching team jerseys, custom printed T-shirts, fancy laptops, and a battery docking appliance that looked like a grid substation. I assume they were sponsored by NASA and constructed their bot in a clean room. It’s true that money helps, but it didn’t win this tournament. 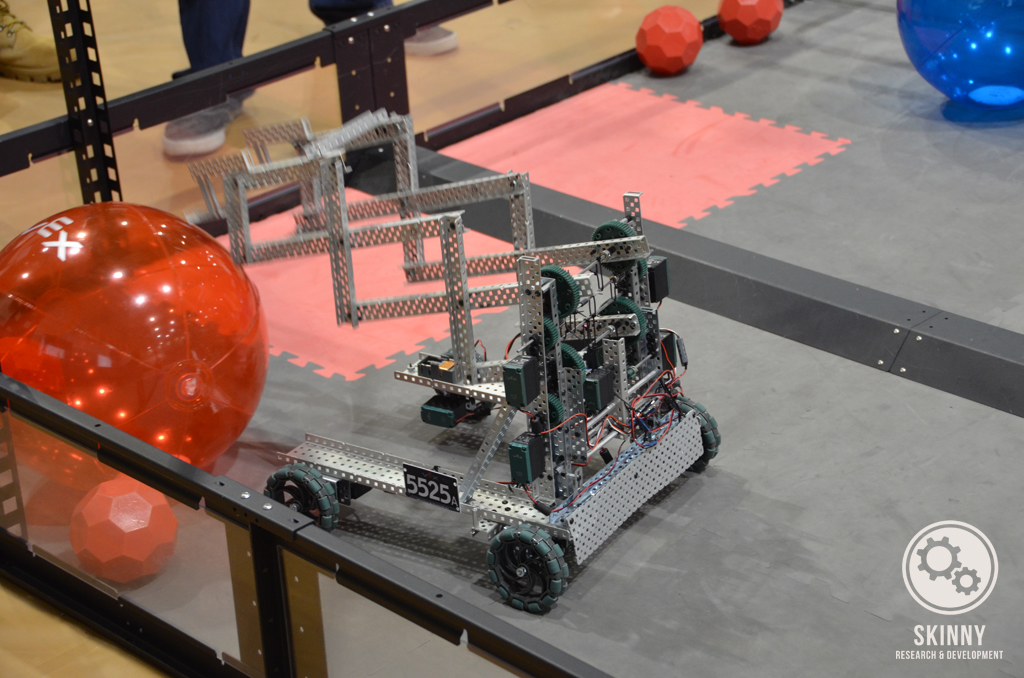 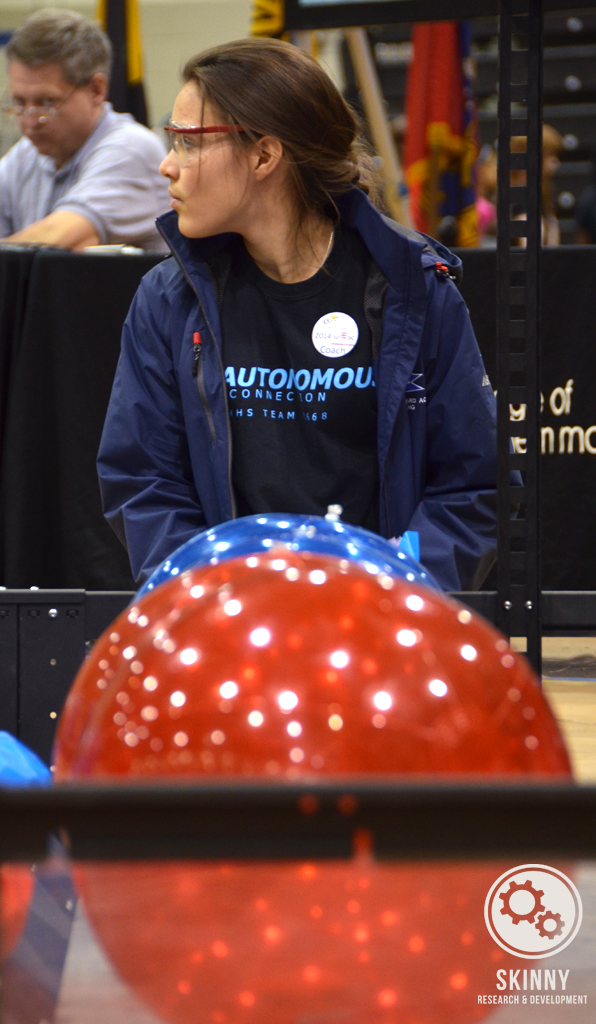 That sixth grade team with the sick robot I talked about earlier had an Asian kid that could drive like a champ. I saw other great drivers piloting craft that limped along and had frequent issues. If not for the driver, some of these teams would not have gotten far. However, one shining star has trouble winning the day when two cooperating teams are intent on shutting you down. 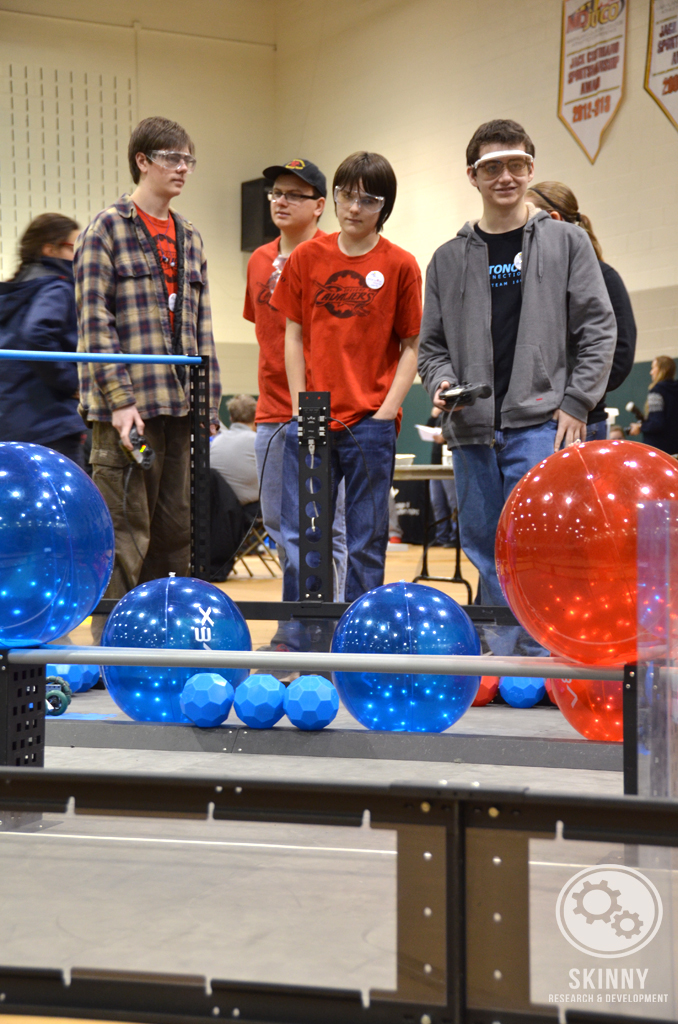 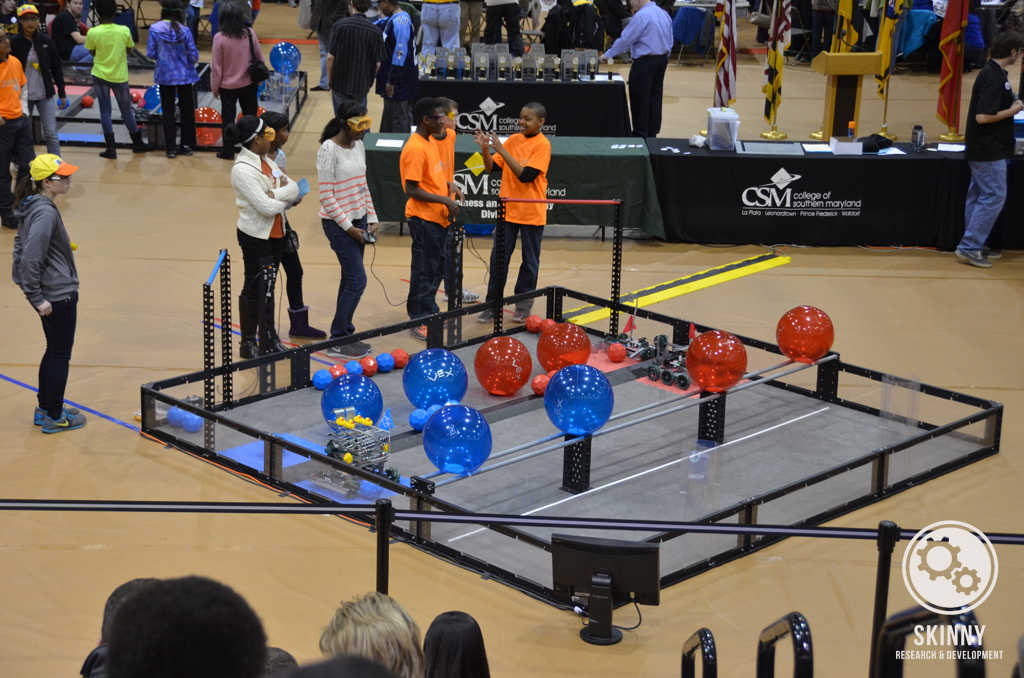 It happened when I was in school and I’m sure it always will. You look over at a team and there, on the floor, in front of the team laptop, is the overzealous parent barking orders, writing code, and doing the work for the kids. Sad. Not letting a kid fail can be extremely detrimental. I teach grown adults for a living. I’ve seen the effects first hand. The problem shows itself in the “I’m too good to fail so it must be your fault” attitude. 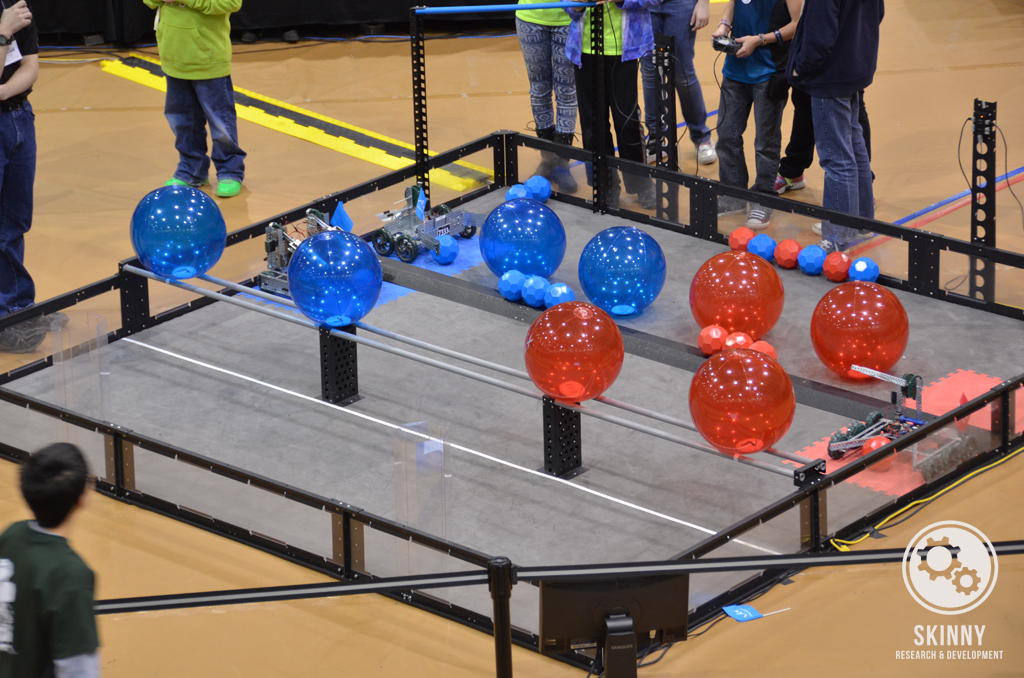 The Importance of Strategy and Teamwork

The team that absolutely dominated this season and tournament, [Citation Needed], (No really, that’s their name. It isn’t an error.) did not have the best robot. They had a good robot. Their parents were not overly involved. In fact, they were sitting in the stands beside me giving the “I’m not sure what’s going on but keep doing it” thumbs up. They were averagely funded. Other than the fact that they had a good driver who was cool under pressure, I struggled to see what made them so special. Then I saw them play.

The match didn’t start at the opening bell. The match started 15 to 30 minutes before. One team member scouted opponents, another one was sizing up their new ally. Capabilities were examined. Plans were drawn. Everyone was given a task. Everyone knew their task. 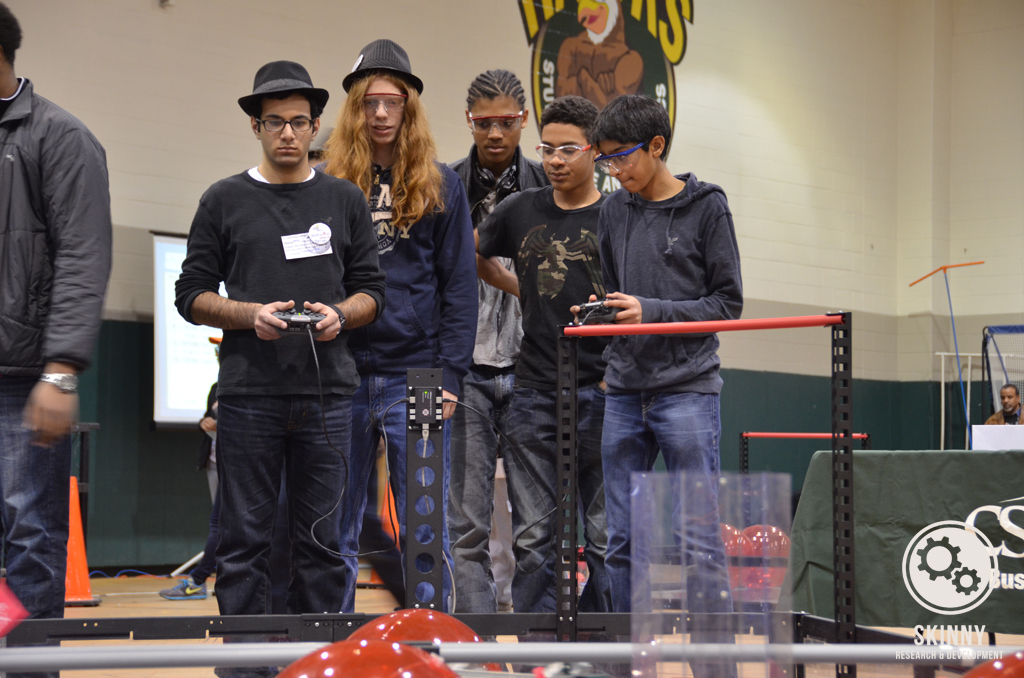 In one decisive match, they were paired with a middle school team that was sporting a robot with minimal capabilities. After taking account of everything, the middle school team was given very clear instructions. Block the other team. Lock them up. It worked, well. It worked so well that [Citation Needed] would end up picking this team to help them later in the day.

During the second half of competition, participants get to pick 2 teams to accompany them through a bracketed tournament event. Instead of worrying about defeating the #2 team, they teamed up with the well funded and superbly engineered #3 robot and took the tournament. Strategy. Teamwork.

This examination of the opponent and allies happened all day long. There was a different plan every time and every time they would leverage whatever advantage they could divine. Did they improve their own robot? Yes. Did they tweak their ideas? Yes. The focus however was on grabbing the competitive advantage they had for that particular mission.

I’ve taught security and security principles for 8 years. In every class you could play excuse bingo with the following phrases:

Take a note from the world of high school robotics. Leverage your advantage. Find it. Seek it out. Before the game starts, have a plan that captures your edge. You don’t have to be the best at any one thing but you need to know where your advantage lies for today and then exploit it with gusto!