The Rules of Testing

At my “real” job several years ago I heard a colleague share a fantastic piece of knowledge with a student. The student was trying to test a piece of equipment and after the first try had declared the whole process to be a failure. The advice was introduced as “The Two Rules of Testing.”

The implication being, “Suck it up, find out what’s wrong, and try it again!” I’ve never seen a better display of these tenants than at the Rube Goldberg competition I attended at Great Mills High School two weekends ago. 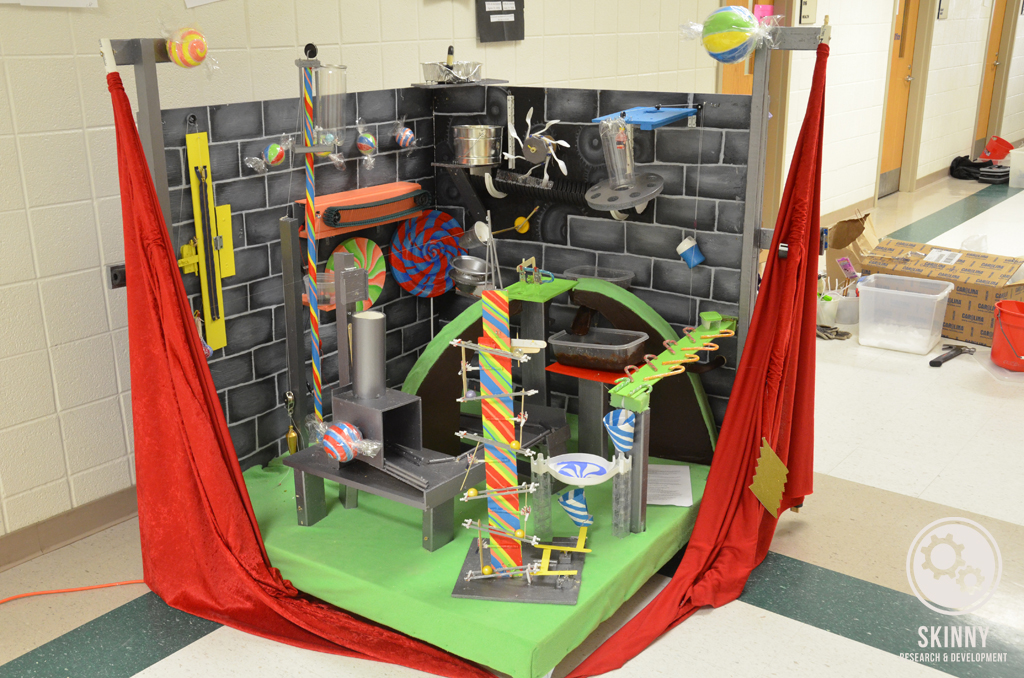 The school was looking for people to help judge the competition, so I jumped at the opportunity. After signing in and getting an understanding of the different events that were to occur that day, all the judges were encouraged to check out the teams and how well they worked together. What I saw was groups of students grappling with true engineering problems. Below is a video to detail the anguish and triumph.

Much like the US government, a Rube Goldberg device is a contraption that overly complicates doing a simple task. Per the official Rube Goldberg competition website, there must be at least 20 different steps in each device. So, a row of dominos might finally fall on a spatula that flips over to hit a bowling ball that crashes through a brick wall to light a match so that… I think you get the idea. This years challenge was to zip a zipper. 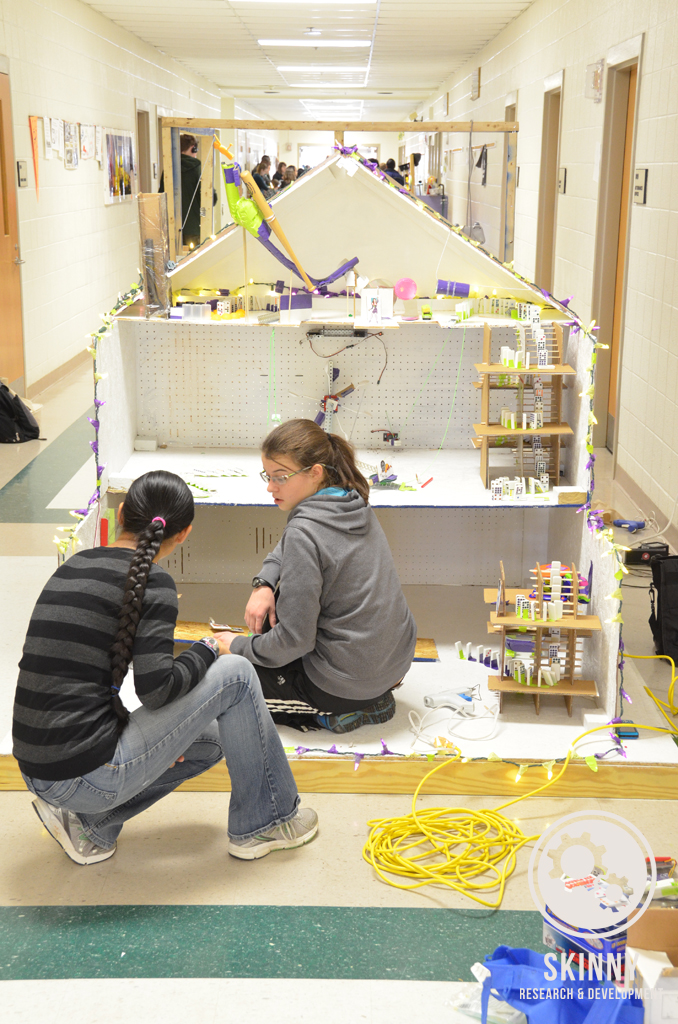 The Force(s) Is (Are) NOT With You

Unlike the robotics competition I observed weeks before, getting it wrong here has consequences. With computer code if there is an error, you change something and rerun. Total cost: 5 seconds. In the electrical circuit world if you get it wrong, there could be smoke involved, but if not, try another capacitor or jumper wire. Total cost: 15 to 20 minutes. In the mechanical (and I would argue “REAL”) world with 20 sequentially dependent steps, your cost just went through the roof. The attention to detail must be absolutely precise. Gravity, friction, inertia, pressure, and temperature are all rooting against you. 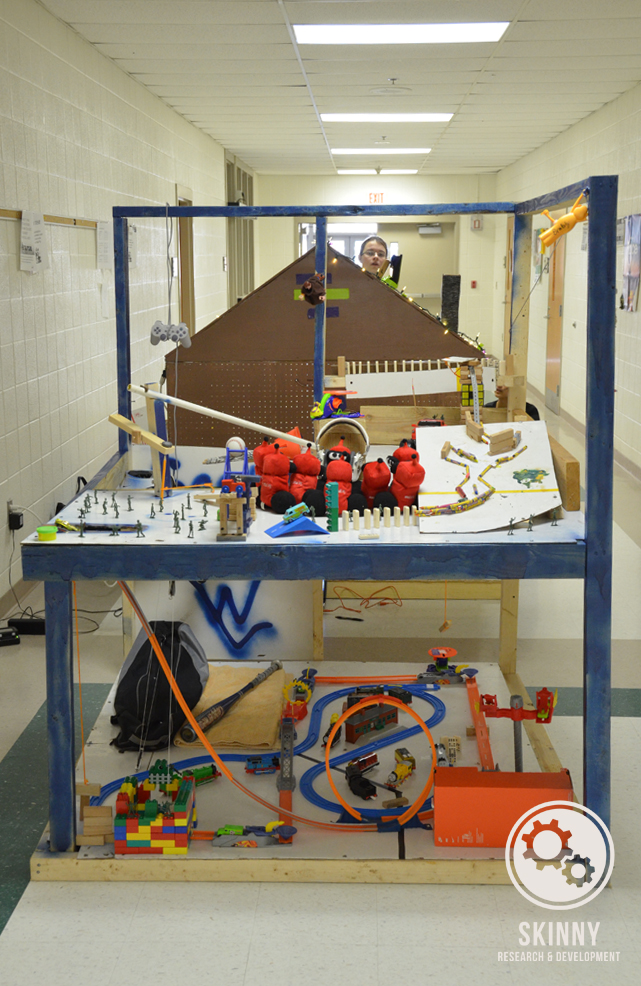 What I saw were students trying to harness those forces. It was evident they were coming to an appreciation of what it’s like to create in the physical universe. I also witnessed something that has taken many an engineer very far. Some call it Jerry Rigging, others red-neck engineering, but it is truly and simply the ability to improvise with what you have. Also, duct tape helps. While walking around, I quipped to a fellow judge, “This is just like real engineering. You think it through but many times you just pull something out of your rear end at the last second and hope it works.”

I hate to fail, but it helps. It helps especially when the consequence of failure is low. It is downright fun when the consequence is low and there’s hydraulics, dry ice, servos, micro-controllers, toy monkeys, trains, flying debris, marbles, and the Mystery Machine involved. 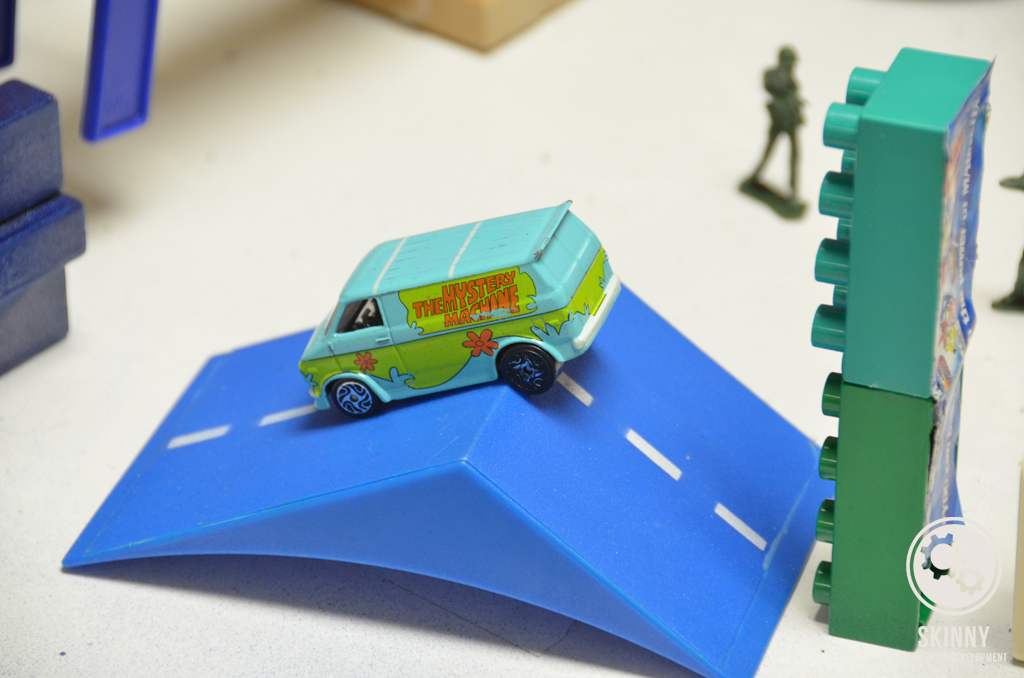 In this area I would like to address kids and parents: 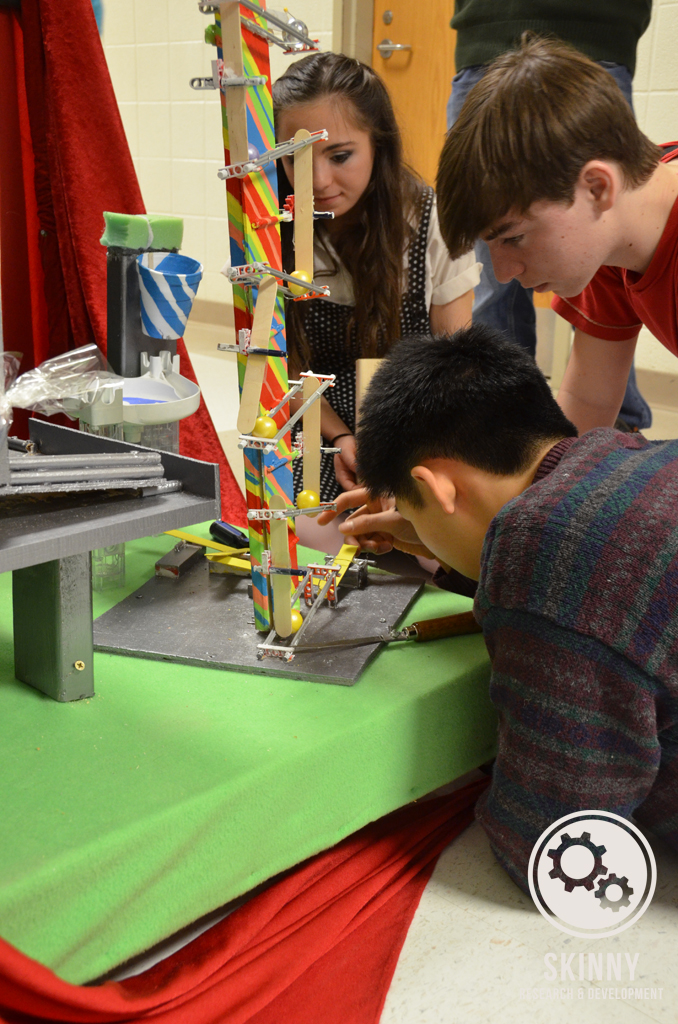 All morning long students grappled with problems. During the down times, there were engineering challenges in which teams could participate. All of these events offered very little or inadequate resources to accomplish a fun task. People failed. Some succeeded. Everyone had fun. Everyone learned. 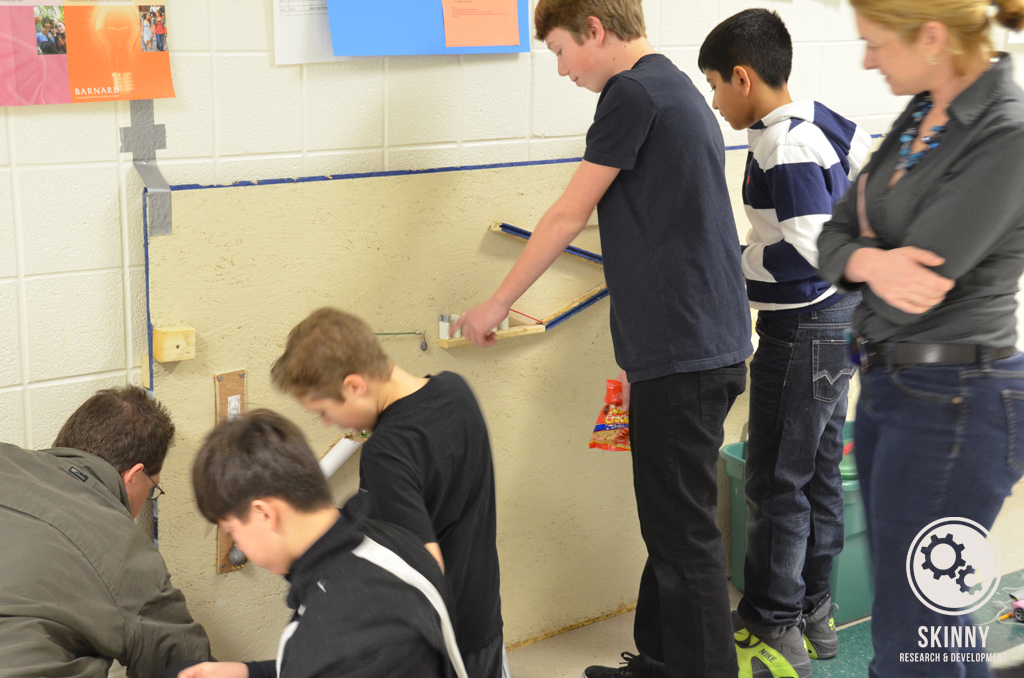 The adult student I described in the first paragraph did not embrace or learn from failure. I wish he had. In regards to high school, I’m not entirely sure how much of this sort of education can be implemented in a classroom where standardized test scores are so important. I’m not sure if there’s even time for it, however I do know that the teenagers that walked away that day, after getting beaten up by physics, inadvertently took home a head full of knowledge about how the world works. I know that there is a higher likelihood that they, unlike many others, will take their failures, examine the result, and try again. 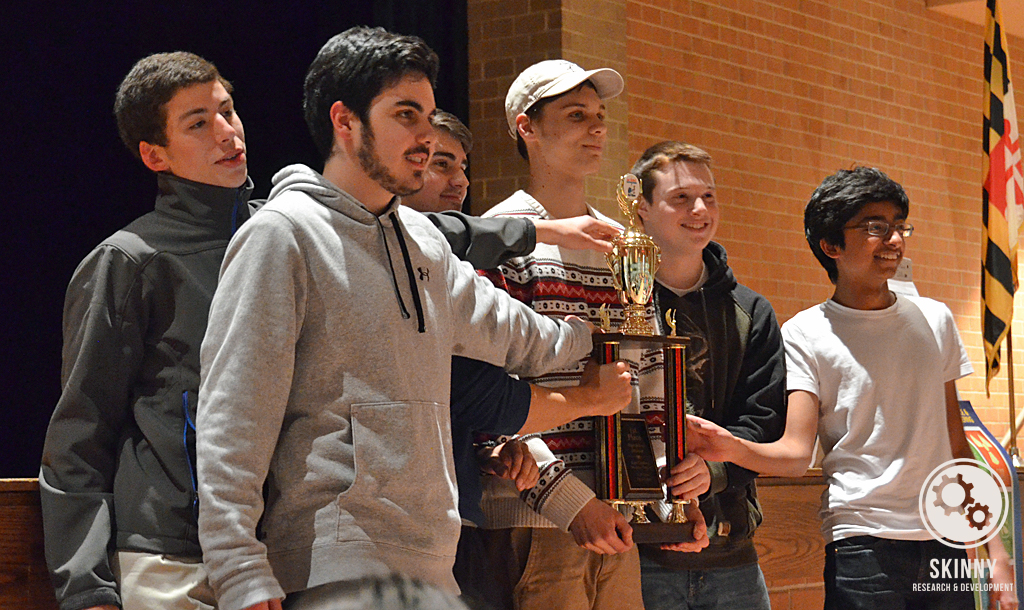 1 thought on “Rube Goldberg Wants You To Fail”